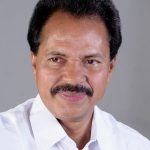 My name is Levis Joice, a 41-years-old psychologist from Crown Heights (Brooklyn). I hold an undergraduate degree in Applied Positive Psychology from the University of Pennsylvania and six years’ experience in the counselling field. I am happily married to Dana Lynn, whom I live with in New York.
I am among the many folks who have a distaste for bugs in their residence. Talk of mosquitoes, bed bugs, termites, spiders, and the ultimate bothersome creatures of them all – roaches.
If you asked me, I would say that roaches are perhaps among the world’s most annoying insects. Why? Ever since I was a kid, I have witnessed how capable these brown and black, winged, six-legged, and hardened crawlers are, when it comes to using their transformer-like abilities to walk upside down, fly, scuttle, and flatten their crunchy bodies. I have seen them infest, colonize, and swarm ceilings, pipes, furniture, cardboard, paper, appliances, kitchens, bathrooms, closets, cabinets, electronics, and almost every other nook and cranny they could find. So I know just how troublesome they can be.
Although my very first encounter with a cockroach was back in Boston in my mum’s kitchen, I became fully aware of how much of a bother they are during my campus days. My shared apartment had several of them, and even though my roommate and I chose to overlook their scarce numbers, we did regret later. I had no idea of where they had come from and neither did my roommate, but the creepy-crawlies multiplied at a rate of knots and began to interfere with our lives from tip to toe. They were everywhere: in the computer, kitchen, power sockets, books, couch, and so on. It wasn’t long before we knew that time had ripened for us to rustle up and put our lives back to working order.
Despite hours of research and application of various homebased roach killers, including proper cleaning habits and the use of antiseptics and disinfectants like Listerine, bleach, soap solution, pepper, and boric acid, the roaches continued to flourish. They were winning the war and we were deeply mortified. Sometimes they could alter the flavor of food and we had to regrettably throw it away. We knew they were a health risk. Besides, they were a hazard to my girlfriend Dana, who was by then chronically asthmatic.
Begal Gold Roach Spray was our very first workable roach killer. We fetched it from a nearby pesticide store. The attendant had guaranteed that it would prevent cockroach reproduction and infestation up to 6 months. Indeed, his assurance was accurate, and we managed to pull it through.
When I moved to Crown Heights with my wife after securing a job with a Counselling and consultancy Services Startup, hardly did I know that roaches were waiting to upset my new life. The first three months or so were quiet and unruffled. But as soon as we started enjoying the warmth of our new life with Dana, things became ugly. At first, it was one, perhaps two, then ten, and later, a few hundreds and maybe a thousand. (It is believed that for every roach you see, there are probably a hundred of them hiding).
It was an unusual infestation, and so we had to use unusual roach killers, certainly not the ones we had tried back in college. Dana and I researched on the internet and found numerous selections of poison gel baits, gel bait stations, sticky glue traps, boric acid killer tablets, IGR products, and killer sprays. We spent hours of digging up valuable information and landed products such as Combat Source Kill Max Roach Killing Gel, Raid 17.5OZ Cockroach Killer, Advion Cockroach Gel Bait, Trapper Insect Trap, Harris Roach Tablets, and many more. Based on the rare influx of roaches we had, I decided to use a combination of the Advion Cockroach Gel Bait and the Begal Gold Roach Spray. The results were remarkable. The two roach killers eliminated all the bugs within a span of one week, and we soon regained our calm. Since then, I have equipped myself with a range of roach killers and different remedies to other house-infesting bugs. I have studied pests and their behaviors and advised my friends on how to kill roaches.
My experience in fighting cockroaches stretches over a period of 8 years, and my encounters with these malicious bugs are more than I can recount in writing. Dana and I have tried more than a dozen roach killers and assessed their effectiveness, and I can certainly give accurate recommendations on the best products in the market to save you from undergoing the same trouble that I have had to stomach over the years.
Based on my encounters, I have researched and prepared lots of accurate guides and reviews on various roach killers. Whether you prefer sticky glue traps, roach killer sprays, poison gel sprays, roach killer tablets, gel bait stations, or IGR stations, I will guide you on the pros and cons of each product and the outcome that each is guaranteed to bring.