Do you know all about those little mammals that dwell on trees or holes in your property?

I guess you do not. That’s why this blog can be a masterpiece for you. Although we only refer to the squirrels’ secrets, all of it can be the knowledge to uncover your understanding.

Among all animals around us, squirrels are the most visible wildlife. They live among us, mostly harmless and often entertaining. They live on fallen fruits, seeds, and birdseed that are available in our property.

But the concerning matter is they can make a destructive movement within your walls. In your yard, you might have secret squirrels that may carry many diseases also. That’s why you can not help worrying about them. But, at first, try to know them properly.

How do I know what kind of squirrel I have in my garden?

Well, that’s undoubtedly a confusing matter. Because there are over 200 species of squirrels all over the world. But a few of them are frequently seen over the world.

Now we will talk about some frequently seen squirrels that roam around most of the country.

One of the most available species of squirrels. They are tree dwellers. Mostly build their habitat in summer and rest during winter. They search for food during day time. Fallen berries, seeds, grains, etc are their main foods.

At first glance they might look like tree squirrels, but they are different. They make holes or burrows under big trees or electric poles. They store foods inside their hole. Several dozen of animals live in a burrow.

They like to build their habitat in areas that are covered with trees, especially pine trees. They are very much concerned about their territory. This kind of behavior is rare among other species of squirrels.

It’s difficult to differentiate them from fox squirrels. They are also tree-dwellers. They build drey type nest on a tree with dry leaves and twigs.

What Do Squirrels Eat?

Food habits are almost the same for all kinds of squirrels. But still, there are some differences. Catch it in the next part.

Like all other animals, Squirrels face a lot of danger too.

But who would like to harm such beautiful creatures?

Let’s find out the troublemakers for squirrels:

Do They Have Any Defense Systems?

Being attacked by several predators, squirrels have adapted some defensive techniques also. “Alarming Call” is one of them. If any squirrel of the squad sees a hunter, it will make an alarming sound that will alert the rest of them. It also sends a message to the hunter that they have seen the hunter.

When they are attacked by rattlesnakes, they use another technique, rattlesnake uses infrared detection method. Somehow, squirrels are aware of it and flash their tail in different directions to confuse the snake.

In order to stay safe from predators, they often use innate camouflaging. They can mix up with their surrounding space so easily and remain undetected. Very few animals have this kind of skill

Sometimes they become aggressive towards their hunters. They make aggressive sounds and tend to scratch their threat. Usually they use zig-zag movement to escape from predators like foxes, coyotes, etc.

Are Squirrels Harmful or Useful for Us?

Squirrels are the most seen, little animals. Lives around human residence or in forest. They are nature’s protectors. They eat fruits, bury the seeds to eat later, but mostly they can’t find those anymore. Which is just like planting seeds. But they can be harmful to humans sometimes. They do a lot of damage to corn, bird seeds, fruits, some of them often attack baby birds, eggs also. Often transfer diseases like tularemia, plague, ringworm, etc. So, having them in your yard has both advantages and disadvantages.

Usually squirrels remain as select animals in our property. They do not roam around without any need. They come out of their home just to search for food. Most often they are scared of humans, let alone attacking humans. They are also an important part of the food chain.

But recently their number is decreasing very rapidly. Which is a concerning matter. Already they have to fight against a lot of natural predators to survive. Moreover, we are also killing them just for damaging little plants, and robbing fruits which squirrels can not live without. If we grasp deeply we can see that we are no less than another kind of predator to them. If this continues, they will vanish totally, which may imbalance the ecosystem. So, try to have mercy. If they irritate you, just catch them and oust them away.

Be kind! Every creature deserves to live… 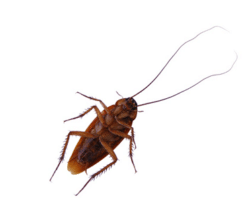 It is not uncommon to hear people complain of bugs in their homes. However, few can differentiate between the different kinds of bugs. Some … 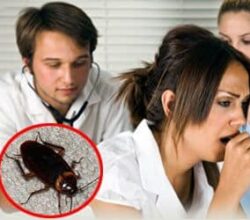 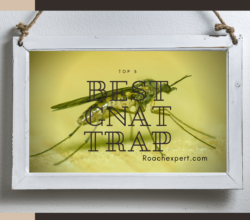 Flying insects are annoying as they disturb the surroundings and cause discomfort. Yes, they don’t bite but seeing them hovering around in the house, …